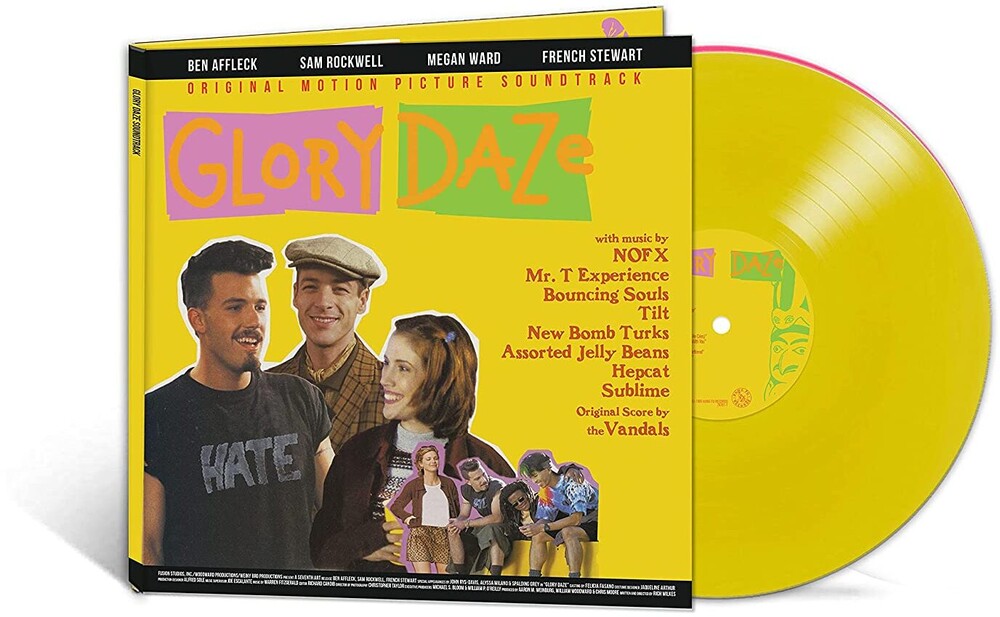 Limited yellow colored vinyl LP pressing. The musical score for the film's soundtrack was composed by Warren Fitzgerald, guitarist of the punk rock band The Vandals. Vandals bassist Joe Escalante served as music supervisor, along with Lia Vollack. The Vandals performed original music for the film score, including the "Theme from Glory Daze" which plays during the opening credits. "It's a Fact", from their then-upcoming album The Quickening, was included, and a music video was later released for the song featuring clips from the film. The soundtrack also features several other contemporary punk rock bands, mostly from California, including NOFX, Bad Religion, Tilt, The Mr. T Experience, Assorted Jelly Beans, The Bouncing Souls, and the New Bomb Turks. Members of the cast and crew also contributed to the soundtrack.
back to top