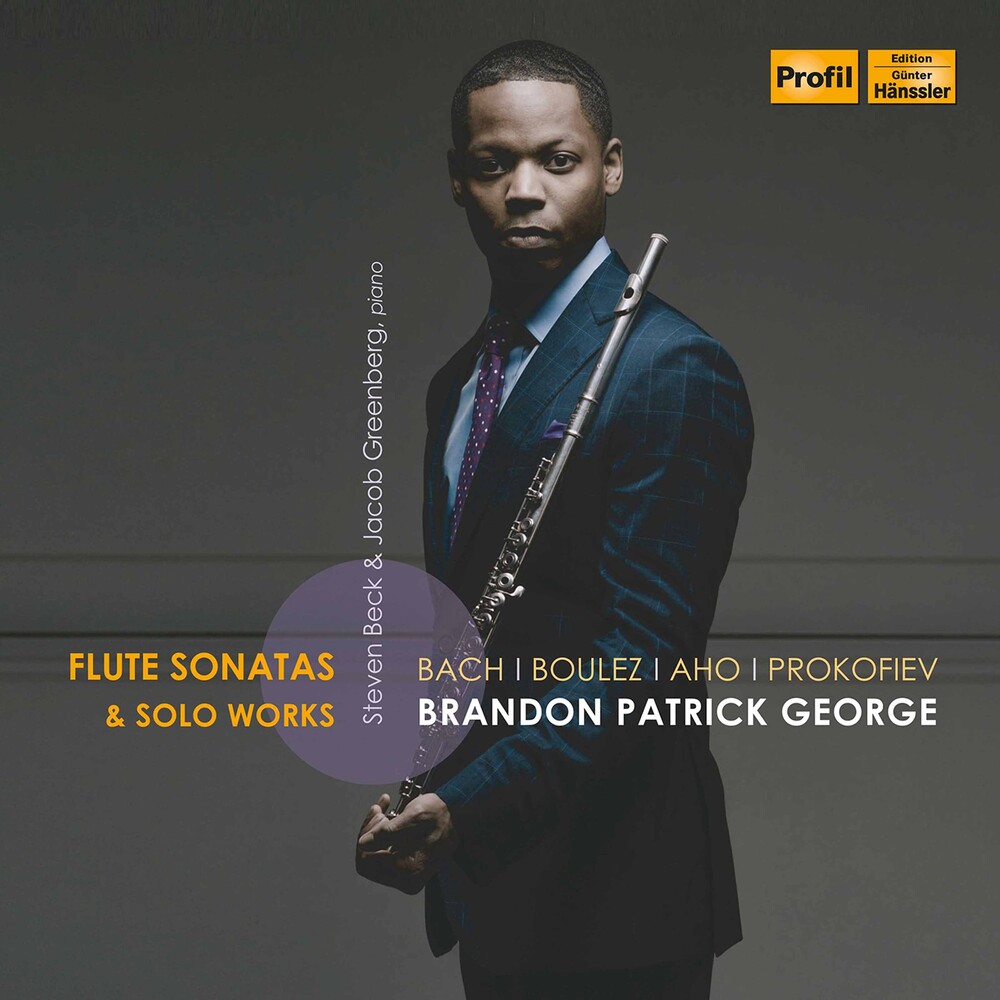 Flautist Brandon Patrick George describes his debut album as a dialogue between the past and the future. It is indeed quite a leap in time from Johann Sebastian Bach (1685-1750) to the Finnish composer Kalevi Aho, born in 1949 - yet he has included works for solo flute by both composers on this recording. There are also two important chamber works for a flute and piano duo which represent milestones in the repertoire: a sonata by Sergei Prokofiev (1891-1953) and a sonatina by Pierre Boulez (1925-2016) - and so this release represents a walk through musical history spanning 300 years. Brandon Patrick George is the flutist of the Grammyr-nominated Imani Winds, and has performed with many of the world's leading ensembles including the Los Angeles Philharmonic, Pittsburgh Symphony Orchestra, Orpheus Chamber Orchestra, and the International Contemporary Ensemble (ICE).