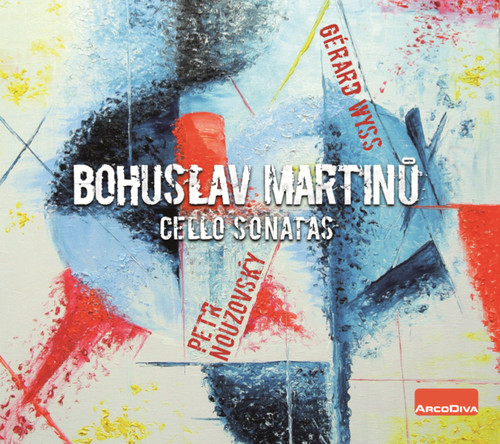 Bohuslav Martinu is one of the world-famous composers of the 20th century. Inspired by his homeland's tribulations, he composed his Sonata for Cello and Piano No. 1, dedicated to the brilliant French cellist Pierre Fournier. In America he found friends of Czech extraction. One of them was Frank Rybka, who earlier studied music in Brno with Leos Janácek. The Sonata for Cello and Piano No. 2 is dedicated to Rybka. The Sonata for Cello and Piano No. 3 was composed in France and was dedicated to the memory of Hans Kindler, known to Martinu from his Paris days as an outstanding cellist and later conductor. Petr Nouzovsky is being recognized as one of Europe's eminent cellist of his generation. He continues to collaborate with prominent conductors, such as Jakub Hrusa, Charles Olivieri-Munroe, Petr Altrichter, Caspar Richter and others. His recording of Bohuslav Martinu's complete works for cello and orchestra was awarded the 2017 Preis der Deutschen Schallplattenkritik and the 2018 Classic Prague Award. Gérard Wyss is much demanded as an accompanist as well as chamber musician, performing all over Europe. He has accompanied world's leading singers and soloists, such as Cecilia Bartoli, Nicolai Gedda and others