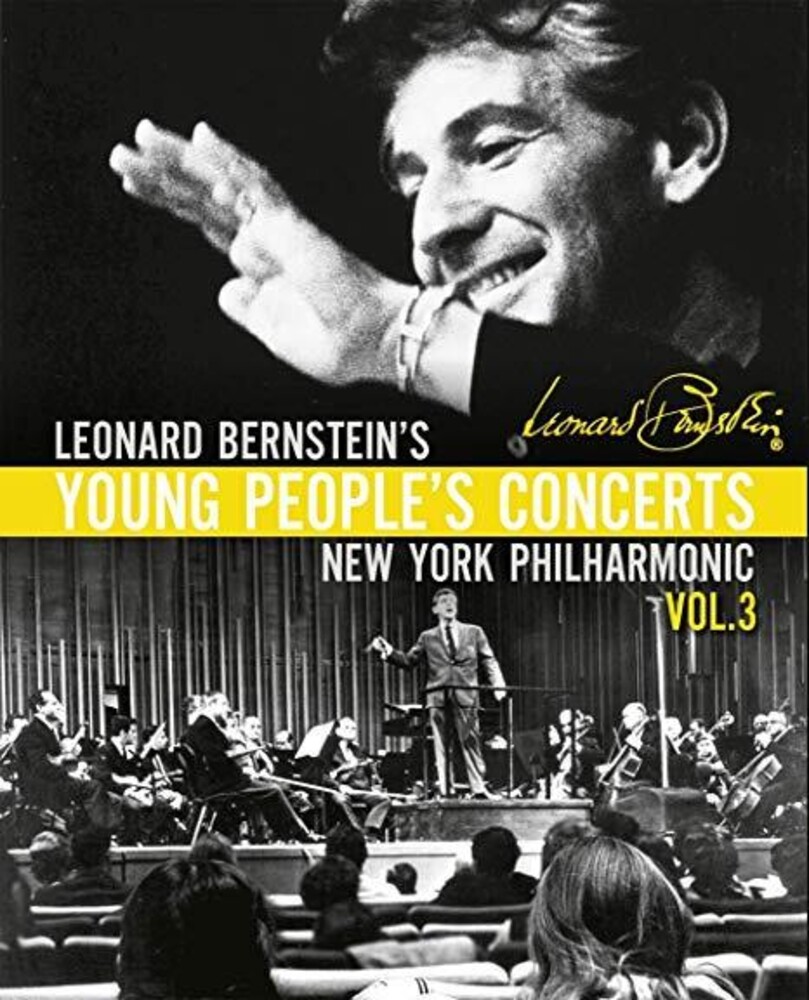 "There had never been a communicator about music with anywhere near Bernstein's brilliance, humor, energy, reach and importance." (New York Times) Young People's Concerts Vol. 3 comprises 18 episodes of the legendary series, which remains unmatched until today. "Leonard Bernstein did this better than anyone. He was brilliant - as a musician and as an ambassador for music" (Whoopie Goldberg). Awarded three Emmys and hailed by Variety as "a rare moment in the symbiosis of the arts and broadcasting", Leonard Bernstein's Young People's Concerts left their mark on television history. Aired at prime-time on CBS from 1958 to 1972, 52 one-hour programs were written and hosted by Leonard Bernstein, "certainly the most influential American maestro of the 20th century" (New York Times). With the New York Philharmonic and guest artists providing the live music, these programs brought musical concepts and music history to life for generations of viewers. Volume III includes 18 Episodes - the Concerts Nos. 29-43 plus Young Performers Nos. 7-9 (featuring Edo de Waart, Horacio Gutiérrez, Young Uck Kim)