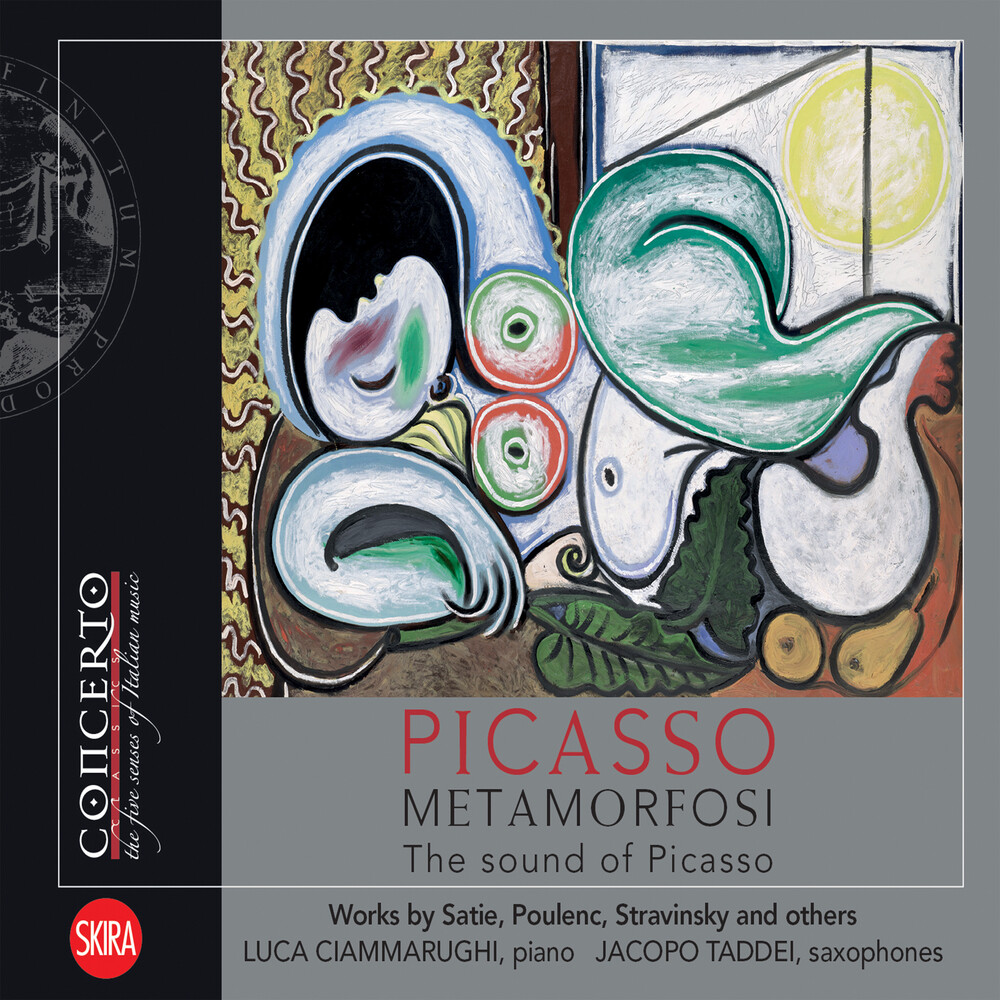 The sound of Picasso is a carefully chosen selection of pieces by the finest composers of the Picasso time. On the album there are unpublished arrangements for piano and saxophone of the pieces of Satie and Granados edited by Luca Ciammarughi. Luca Ciammarughi studied piano at the G. Verdi Conservatory in Milan, graduating with honors and honors in Paolo Bordoni's class and then obtaining, with honorable mention, the academic diploma in chamber vocal music in the Stelia class Doz. As a concert pianist he played for the Festival of the Two Worlds of Spoleto, Mito Settembre Musica, Taormina Arte, La Verdi, Mantova Chamber Music Festival, Società dei Concerti di Milano, Spoleto USA Charleston Festival, Guadalquivir Festival in Spain, European Union Youth Orchestra, Salle Cortot in Paris, Piano City Milano and many other institutions. His recordings of Schubert's Sonatas D 894 and D 960 received unanimous praise from critics. He has been a guest on Radio Tre Rai several times, performing a wide repertoire live, from Rameau to Reynaldo Hahn. For ten years it has been broadcast daily on Radio Classica: it's broadcast "Il pianista" has become a reference in the Italian popular panorama.