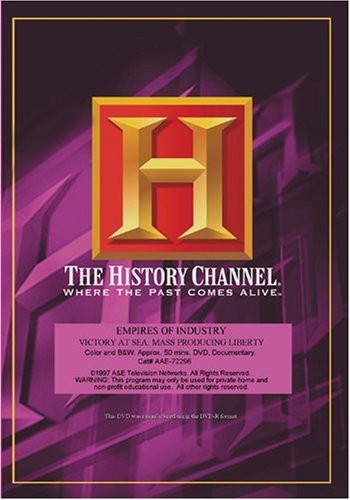 The statistic is absolutely stunning: between 1941 and 1945, American shipyards produced more shipping tonnage than had been built in the history of the world. Not in any other five year period, not more than any other nation more than had ever been built by all nations through all time combined! VICTORY AT SEA: MASS-PRODUCING LIBERTY is the incredible story of the finest moment in industrial history. Discover how industrialists like Henry Kaiser turned the nation's shipyards into mass production facilities in a matter of months. The vessels produced were called Liberty Ships, and instead of years they took weeks to build! See rare color footage from the National Archives of Liberty Ships under construction, and meet men and women who helped build the fleet that was vital to the Allied victory. Finally, go aboard surviving Liberty Ships still in active use today some 50 years after they were rushed into service.
This website uses cookies to personalize content and analyse traffic in order to offer you a better experience.
I accept Learn More
back to top