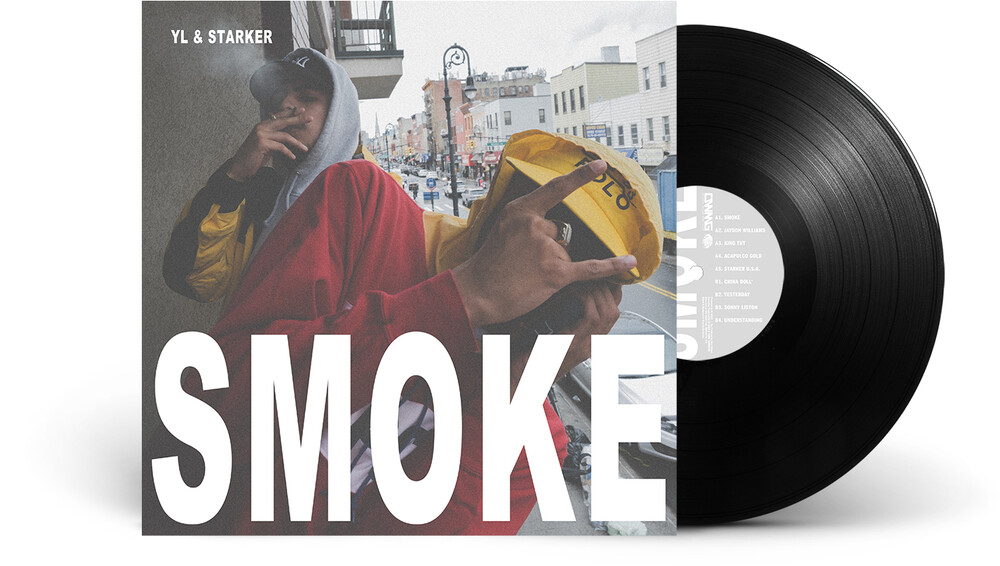 Vinyl LP pressing. YL and Starker are part of the rap crew RRR (YL, Starker, and MID) and they have both been putting out projects over the last couple years. Starker, a Brooklyn native comes from the vintage Polo scene of New York rap and YL also carries the same lyrical prowess that many of those vintage gear heads brought back into the fold in the early 2010's as well... Their sound works well together on tracks in part because of the juxtaposition in their vocal tones. Starker brings a rough, harsher voice, while YL has a silky-smooth tone. They form like Voltron on Skizz's soulful, grimy, and hypnotic soundscapes. DJ Skizz has been busy producing projects for various artists over the past few years, most recently his critically acclaimed collaboration with Crimeapple - Wet Dirt. He hooked up with YL & Starker via a mutual acquaintance in the industry and they spent hours in Skizz's studio (the Math Lab) creating a cohesive project that puts the spotlight on these rising NYC rap talents. The album's title Smoke is not about weed smoke (even though quite a lot was smoked during it's recording), but more about how rappers don't want no smoke from YL and Starker and of course where there's smoke, there's fire!