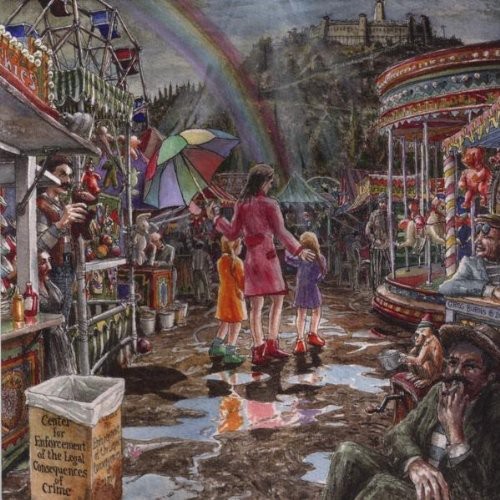 Genuine Hick began in the Fall of 2005 at an open mike night at Sober Grounds, a now defunct Oklahoma City coffee shop. Songwriter John Noerdlinger took the stage after songstress Sunshine Hahn, who was doubling as the barista, refused to perform his songs and instead told John he needed to get up there and play them himself. The one person whose ears pricked up upon hearing John's unusual but passionate and poetic stuff was Bob Moore, a veteran musician and artist. John and Bob became friends and began to develop the songs together. Bob introduced John to one of Oklahoma City's top professional rock bands, Scott Keeton and the Deviants, and a musical chemical reaction bloomed. Scott (guitar) and his crack band--Rick Toops (keyboard), James Keys (drums), and Mike Meyers (bass)--working together with John and Bob, transformed the rough hewn songs into the narcotic, visceral music heard on Genuine Hick's debut CD released November 2006. Genuine Hick wrapped up work on it's second CD, titled 'Current Problems in Animal Behavior,' in October, 2007. Genuine Hick released it's third CD, 'German Expressionist Rock From The Weimar Republic,' in June, 2009. In addition, a parallel project called 'Amalgam: Brad Benge Performs the Songs of John Noerdlinger' was released in September, 2009. The two 2009 releases share a number of the same songs but with very different interpretations. I suspect several of the tracks on 'Amalgam' (queue 'Early Saturday Night,' 'Wandering Eye' and 'Born on the Highway') will have the ghosts residing above the Grand Ole' Opry tapping their toes. May, 2011: Genuine Hick releases it's newest CD, 'Center for Enforcement of the Legal Consequences of Crime.' We also are releasing a sampler CD containing selected tracks from all 4 Genuine Hick albums plus the Amalgam project.
This website uses cookies to personalize content and analyse traffic in order to offer you a better experience.
I accept Learn More
back to top