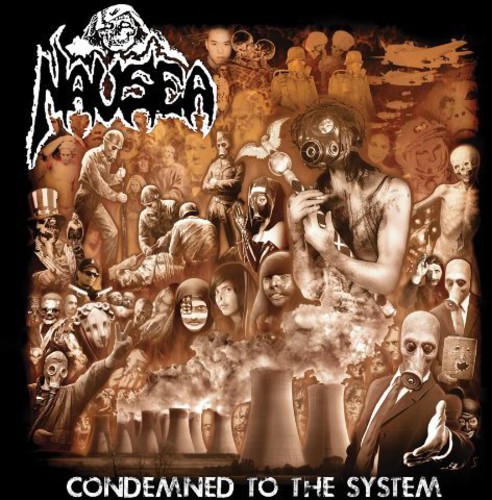 Condemned To The System
Artist: Nausea
Format: CD
New: Not in stock
Wish

2014 album from the Grindcore band. The album was recorded by Sean Vahle, who has tracked and mixed bands like Dis, Phobia. Exhumed, Murder Construct, Intronaut. Condemned to the System features a slew of new grinders alongside vintage and unreleased tracks and a new version of the Terrorizer classic 'Corporation Pull-In' featuring Matt Harvey of Exhumed on vocals. The band has been very active in the live arena for the last three years, playing shows like Maryland Death Fest, Grindcore: A Tribute to Jesse Pintado, Power of the Riff Fest, shows and a European Tour that included a headlining spot at Bloodshed Fest in Holland, Hell Inside Fest and Dresden Metal Fest in Germany, and shows in Italy, Czech Republic, Slovakia and Slovenia.