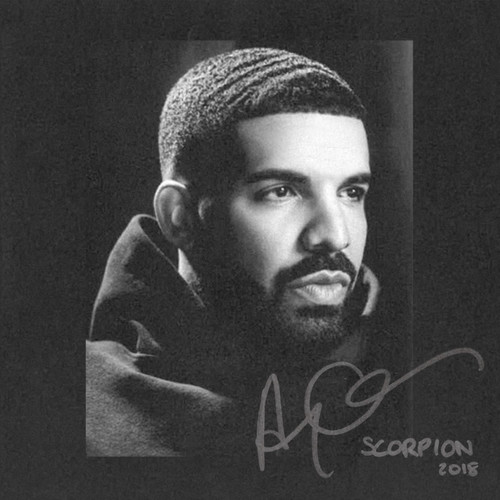 Scorpion [2 CD][Edited] Scorpion is the fifth studio album by Canadian rapper Drake. It was released by Young Money Entertainment, Cash Money Records and Republic Records. Scorpion is a double album consisting of 25 tracks. It's "A side" is primarily a hip hop album, whilst it's "B side" has been described as R&B and pop. - The album features guest appearances from Jay-Z and Ty Dolla Sign as well as posthumous appearances from Michael Jackson and Static Major, and additional vocals by a variety of artists, including James Fauntleroy, PartyNextDoor, Nicki Minaj, Future and Nai Palm. The album is executively produced by frequent collaborator Noah "40" Shebib and manager Oliver El-Khatib, and features production from 40 alongside a variety of record producers, including No I.D., Boi-1da, DJ Premier, DJ Paul, T-Minus, Murda Beatz, Cardo and Noel Cadastre, among others. - It was supported by the singles "God's Plan", "Nice for What", "I'm Upset", "In My Feelings" and "Don't Matter to Me". The former two singles reached number one on the US Billboard Hot 100 prior to the album's release.