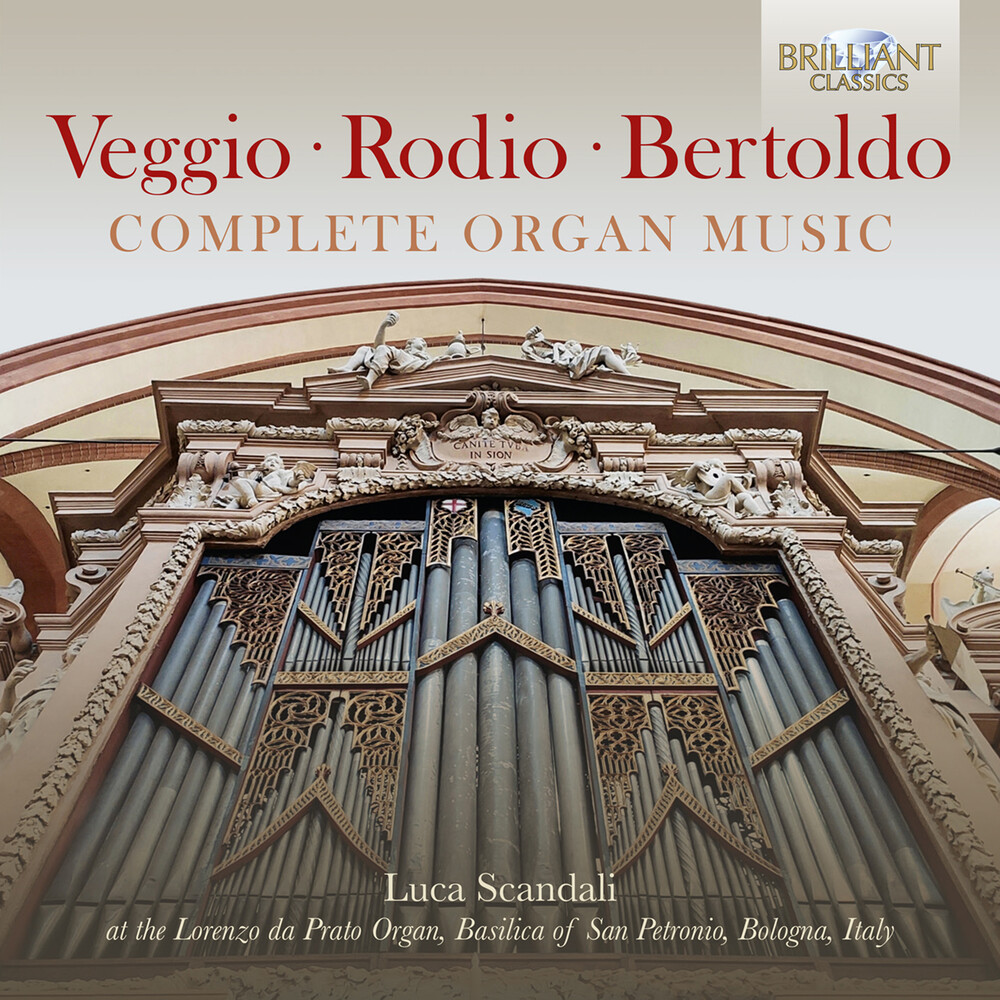 The name of Claudio Veggio (1510-1543) would hardly be known were it not for the survival of the Manoscritto di Castell'Arquato, one of the earliest and most important collections of Italian keyboard music from the first half of the 16th century. The manuscript's many ricercari, mass movements, Magnificats, motets, chansons, dances and madrigal intabulations are the work of composers almost forgotten today, but Scandali's performances on a historically fitting organ give Veggio's music a new lease of life. The six ricercari show strong affinities with the works in the same genre by the better-known Cavazzoni; his only other surviving work is a four-part harmonisation of a song, La fugitiva. Dating from the following generation, the Bari-born Rocco Rodio (c.1535-after 1615) enjoys marginally fuller representation on album, but this is still the first complete collection of his surviving work for organ, which is preserved by a Libro di Ricercate published in Naples in 1575. This volume is a historical landmark in it's own right, as the first known printed edition of instrumental music in open score. His vocal music was also published in Rome and Venice, but Rodio appears to have made his career in Naples, and these organ works share the extrovert quality and awareness of contemporary developments demonstrated by Neapolitan composers which would in due course come to make the city known as the 'conservatoire of Europe'. Our third composer is the Modenese composer Sperindio Bertoldo, born like Rodio around 1530 but dying considerably earlier, in 1570. The Brilliant Classics catalogue of Italian organ music is unrivalled in it's reach and depth; this is the label's second recording of Bertoldo's organ music after Manuel Tomadin's recent album (95874).
back to top