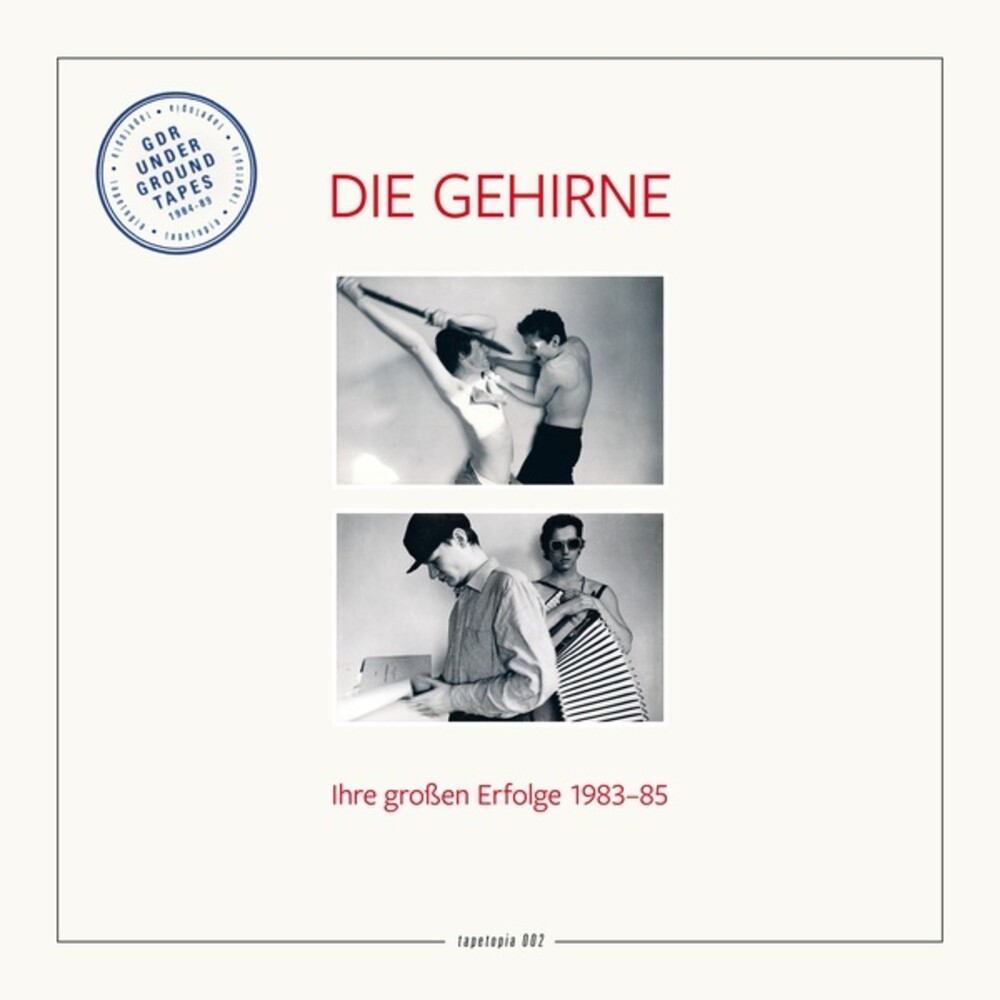 To release a tape in East Germany in 1986 called Ihre großen Erfolge (Their Great Successes) illustrates how every situation produces people that are unwilling to accept that situation. Claus Löser and Florian Merkel were two such people. Their band Die Gehirne and their many side-projects ensured that their hometown of Karl-Marx-Stadt, today's Chemnitz, could assert it's role in the independent art world of the GDR. Inspirations included Frank Bretschneider from the experimental electronic band AG Geige, the artist friend Klaus Hähner-Springmühl, the jazz guitarist Joe Sachse, and the free jazz figures Conny Bauer and Luten Petrowsky. A small batch totaling some 35 copies of Their Greatest Hits by Die Gehirne was gradually handed out around the scene to trade with other musicians. For Tapetopia 002, Play Loud! Productions put together a shortened vinyl version, while the complete tape is available for download at the label's website. Tapetopia is a series of vinyl releases based on cassettes from the East Germany's '80s underground, particularly from the East Berlin "Mauerstadt" music scene, featuring original layouts and track lists. For over 30 years after their initial "release" the music on these tapes was neither available on vinyl nor CD, but they were important statements in the canon of the GDR subculture. Despite the miniscule number of original cassettes in circulation at the time many of the bands were popular in countercultural circles, a factor that made them highly suspect among the government's own inner circles. Tapetopia is edited by Henryk Gericke.