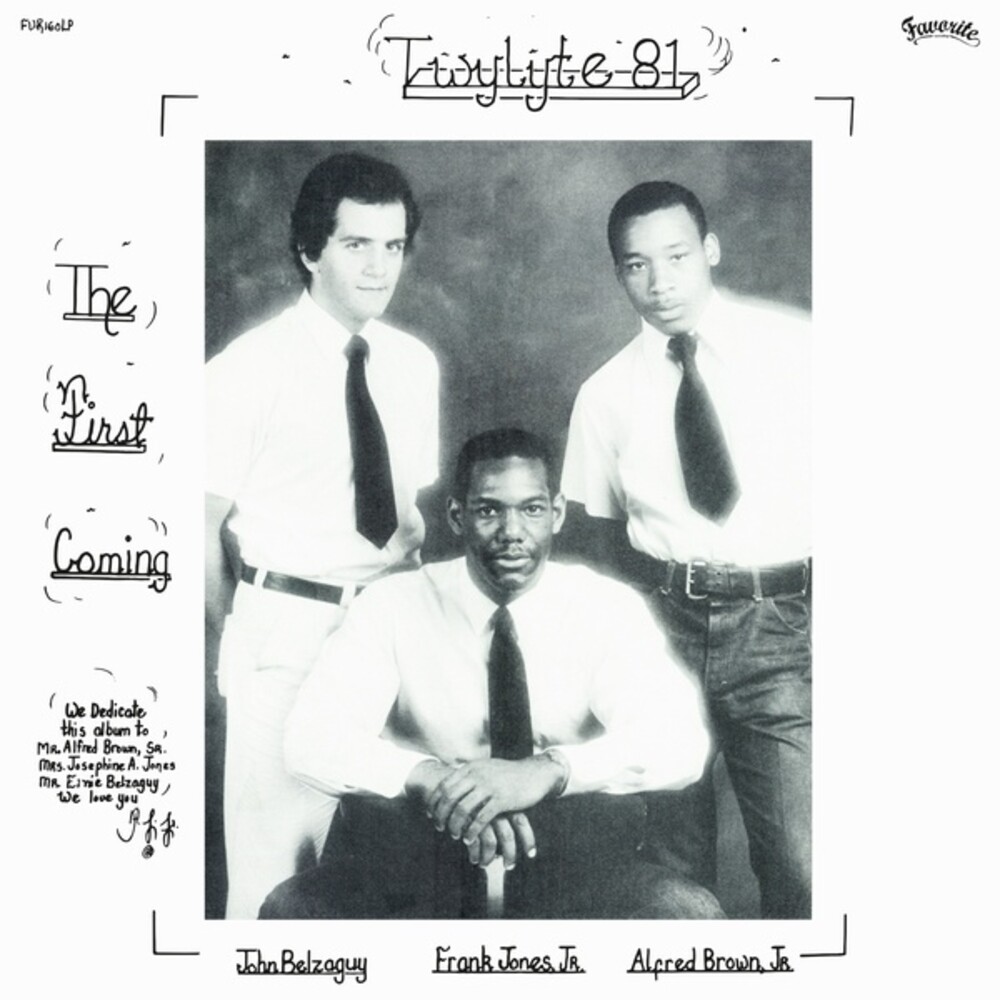 Favorite Recordings present this official and first ever reissue of The First Coming, by Twylyte '81, an extremely rare and underrated soul-jazz album produced and released in 1981. Twylyte '81 was a three-piece band composed of Frank Jones Jr., Alfred Brown Jr., and John Belzaguy, who, except for John, have never recorded anything else than this incredible album. The First Coming is primarily stands out as a superb mix of soul, jazz, and disco. It shines thanks to the deep and spiritual voice of the band leader, Frank Jones Jr., whose vocals style can sometime remind of John Lucien. Even more impressive is the fact that these three fellas were all less or close to 18 years old when composing and recording this beauty. As did others brilliant hidden projects such as Ted Coleman Band, or Minority Band, it was also useful for Twylyte '81 to receive the support of JSR Records, a kind of non-profit label dedicated to help young bands and artists in recording and producing their own records. Here are a few words from Al Brown Jr. About this release: "After 38 years, I still have the euphoric feeling while listening to this album. I would say that this was one of my greatest achievements. I want to say thank you to Pascal Rioux and associates for sharing the group's vision with the rest of the world. I pray the listeners will feel a portion of what we tried to convey through these songs. When I first began this project, I thought it was just killing time. Being 17 years old at the time, I didn't see the music we worked on being recorded. We (Frank and I) were in a basement practicing each song. Who knew that this music would be recorded let alone picked up 38 years later? I still remember every beat, drum roll, every stop/start; everything. Wow, the nostalgia of it all. I wish this album much successful and I hope in the future I can perform this album live." Tip-On jacket.