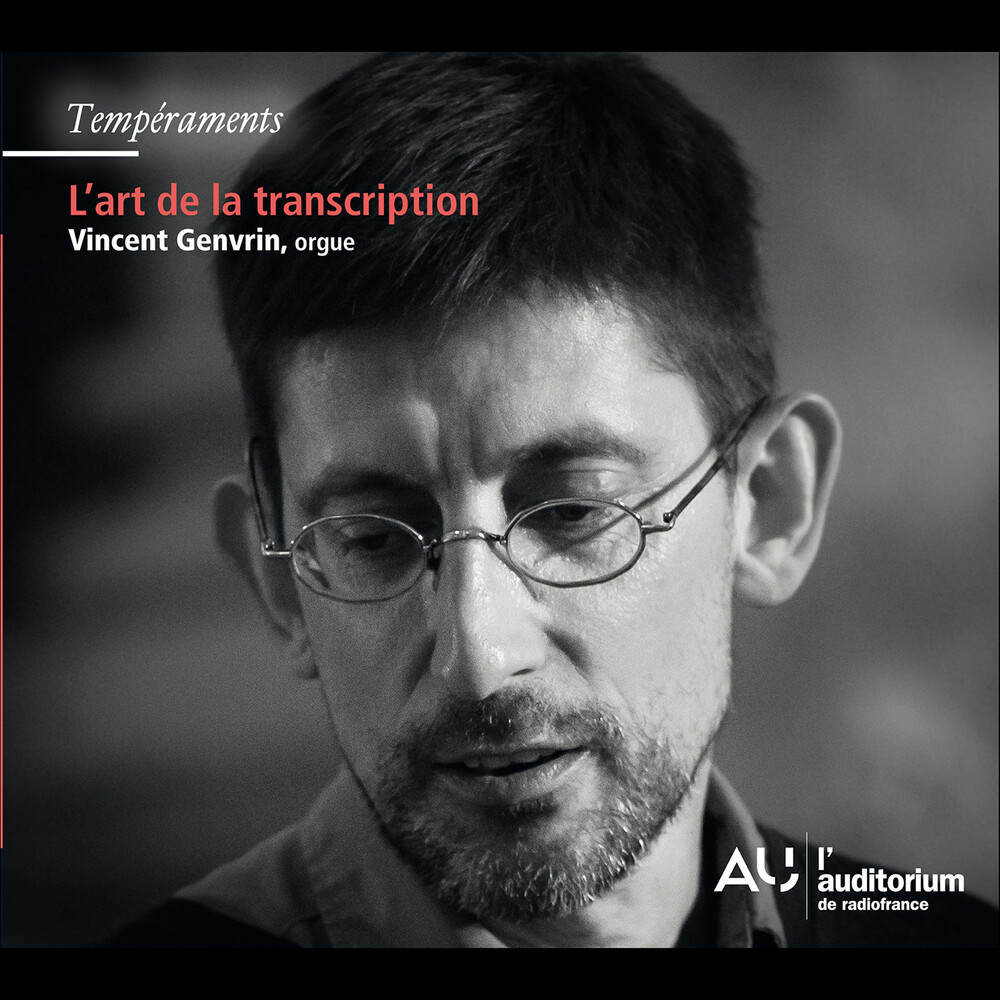 On this new addition to his discography, Vincent Genvrin transcribes works by Elisabeth Jacquet de la Guerre (Sonata in G minor), Wagner (the Prelude to Tristan and Isolde) and Mussorgsky's celebrated Pictures at an exhibition. The album was recorded on the Grenzing great organ of the Auditorium of Radio France, an instrument with a sound palette of astonishingly rich resources, allowing the performer to pass from the bright colors of Baroque music, to the cameo tints of Romanticism or the violent contrasts of the phantasmagorical world of Mussorgsky. Born in 1965, Vincent Genvrin studied organ with Jean Boyer at the Conservatory of Lille, with Odile Bailleux and then with Xavier Darasse at the National Conservatory in Lyon where he received his diploma in 1986. He subsequently did postgraduate work in Belgium with Bernard Foccroulle and Jean Ferrard. Holding the Teaching Certificate, he is Professor of Organ at the Conservatory of Dieppe and artistic coordinator of the Dieppe Organ Academy, created in 2010 in the wake of the Académie de Saint-Dié-des- Vosges (1968-2009).