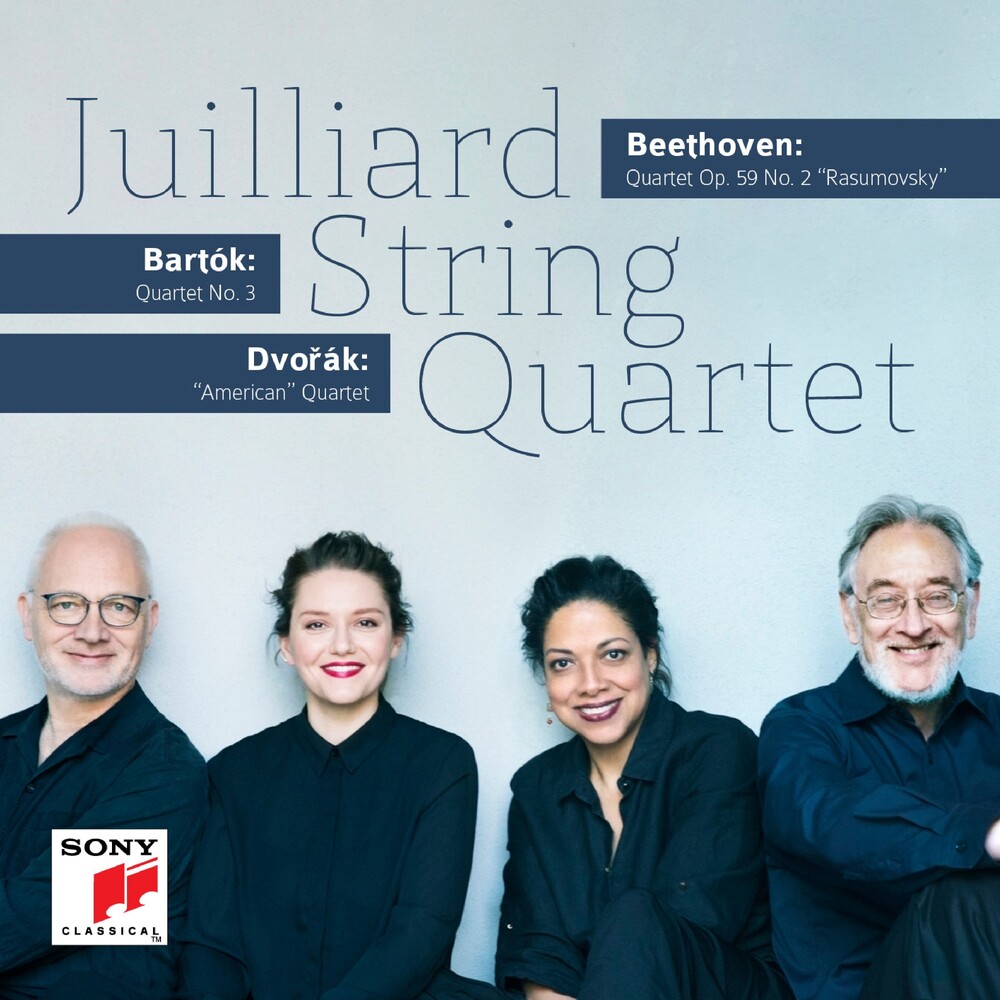 On this recording, a new generation of the Juilliard Quartet fitting marks the 75th anniversary of it's founding with three cornerstone works of Beethoven, BartĂłk and DvorĂˇk. The present-day members of the Juilliard Quartet are all members of the string faculty at the Juilliard School, as has been the case since the Quartet's founding in 1946 at the suggestions of the school's president, the composer William Schuman. The Juilliard Quartet, led by first violinist Robert Mann, were among the earliest and most compoelling champions of BartĂłk's quartets, performing the first complete public cycle of the quartets in 1949 (to an audience that included a visiting Dmitiri Shostakovich) as well as making the first recordings of all six quartets in 1950. Fittingly, the Third Quartet recorded here was the first one learned by the then newly-formed Juilliard Quartet