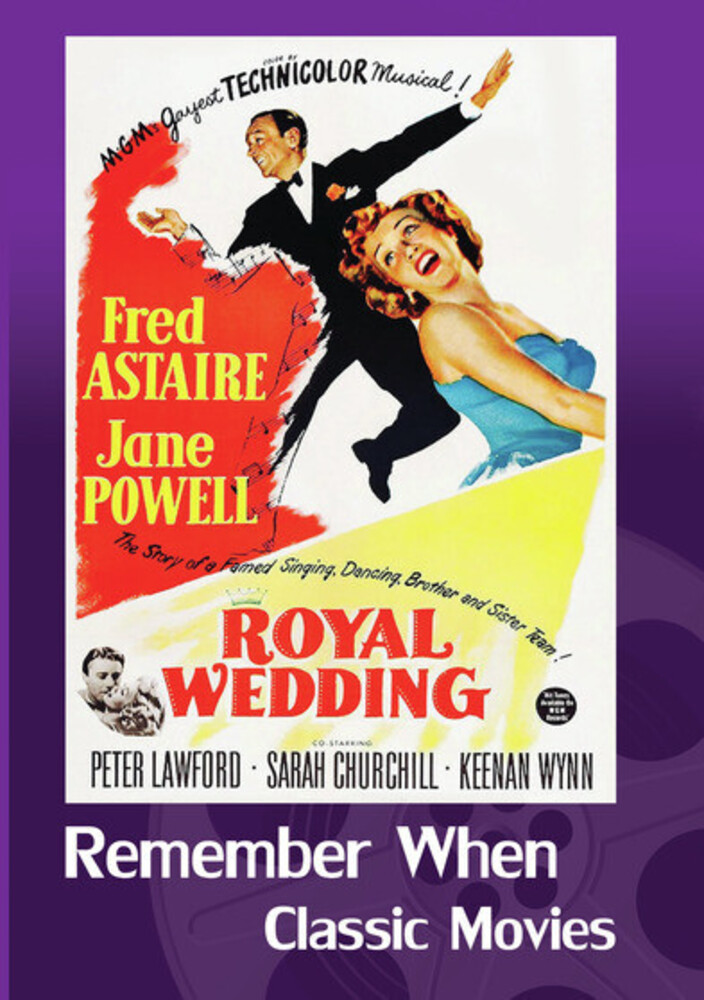 Royal Wedding is a 1951 musical comedy starring Fred Astaire and Jane Powell. The film was released as Wedding Bells in the United Kingdom. The film is set in London in 1947 at the time of the wedding of Princess Elizabeth and Phlip Mountbatten. Astaire and Powell play siblings in a song and dance duo, imitating the real life theatrical relationship of Fred and Adele Astaire. The film stars Tom (Fred Astaire) and his sister, Ellen (Jane Powell) Bowman, as the stars of a show which is a Broadway success. The two are persuaded to take the show to London. Aboard ship Ellen (Jane Powell) quickly falls in love with the impoverished but well-connected Lord John Brindale (Peter Lawford), and Tom falls in love with a newly engaged dancer, Anne Ashmond (Sarah Churchill). Tom asks Anne's agent to locate her fiance in Chicago only to discover that the man is married, so Anne is free to do as she likes. The two couples decide to marry on the same day to coincide with the Royal Wedding of Princess Elizabeth and Philip Mountbatten. Tom's London agent knows someone in the Archbishop's office who cuts through the red tape so that both couples can marry on the day the Royal Wedding is to take place. This is a classic Fred Astaire film loaded with lots of song and dance numbers which are truly memorable.