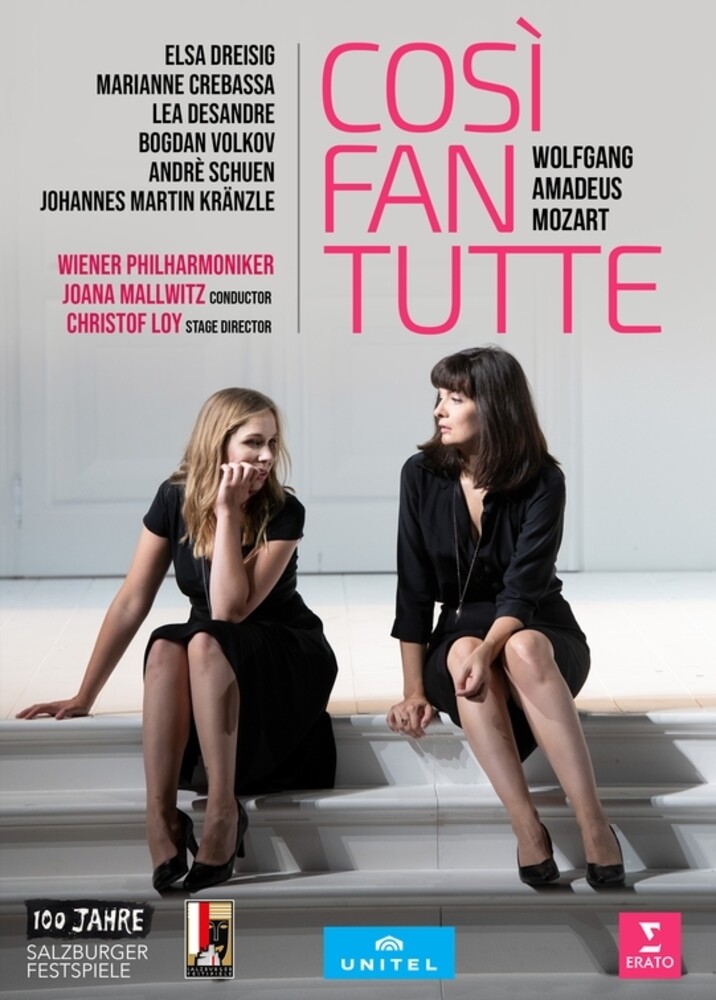 In Summer 2020 the Salzburg Festival celebrated it's 100th anniversary with Mozart's CosĂ¬ fan tutte in a production entirely conceived under pandemic conditions. Created in a matter of weeks by a team led by award-winning stage director Christoph Loy and conductor Joana Malwitz, it was hailed by the German newspaper Die Welt as "The best Mozart at Salzburg for decades." The three female singers in the cast are all closely linked with the Erato label - soprano Elsa Dreisig and mezzo-sopranos Marianne Crebassa and Lea Desandre. They are joined by tenor Bogdan Volkov and baritones AndrĂ¨ Schuen and Johannes Martin KrĂ¤nzle in an ensemble that was praised for it's balance, harmony and dramatic credibility. "We are delighted," says the Salzburg Festival's artistic director Markus HinterhĂ¤user, "that this production - which allows audiences to hear and experience the miracle of Mozart in all it's delicacy and grace, and realised with the greatest theatrical and musical intelligence
back to top